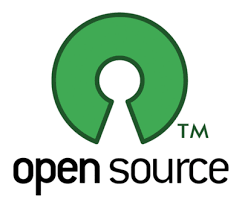 Steven Rich, MBA – is a guest blogger. Steven is a SEO Consultant and Content Writer.
The Value of Open Source Software versus Closed Source Software

How can you profit by using Open Source Software?

Even though OSS is free, you can make a profit using it in several ways.  Companies make money by offering paid support services, hosting packages, and even asking for donations.

InfoWorld in its article, “Greed is good: 9 open source secrets to making money”, provides some good ways to profit using OSS.  For example, OSS provides low cost marketing for the development company as a cheaper alternative to attending trade shows or advertising.  Another is reduction of further development costs as developers worldwide make improvements to the program for free.

Why is accessible coding important?

Allowing everyone access to a software program’s coding for free enables programmers and developers to experiment and modify it in order to create new programs.  One example is id Software, which created popular video games like Doom and Wolfenstein, used OSS to create their hit game Quake.  It took nine developers to create the original code for Quake. Yet, once available to the public, it only takes one developer to modify the code to create a new version of the game. Hundreds of new games emerged from the single Quake coding made available to the world for free.

A popular survey in 2015 showed that “78% of companies run open-source software”.

According to thenextweb.com, in 2016, most startups were 99% open-sourced with only 1% using custom developed software.

Free is always better than purchasing the same product.  However, obtaining a similar product for free does not guarantee quality.

PCWorld, explained that the quality of OSS improves because literally “thousands of developers” can make modifications to the code in order to improve its quality.

One of the major problems with new software are the defects or “bugs” which its users must live with until modifications are made.  Open source software provides superior security because of its open public access to developers who can make faster improvements than software development companies.

As PCWorld points out, Microsoft normally takes months to fix its bugs such as the famous Internet Explorer zero-day flaw.  In the meantime, users must put up with the bugs until upgrades fix them.

While it may take months and even years for a typical software company to upgrade, the OSS allows developers to quickly modify the code for better performance.

The value of open source software versus closed source software is: free to use, better quality over time as bugs are fixed faster, and quicker customization.  In addition, OSS creates opportunities to make a profit in several ways.